An Excerpt from Baron’s Chronicle 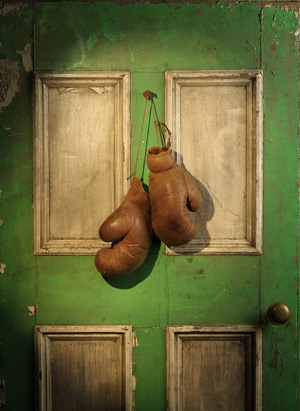 Here’s the thing about Luzhin: from the night we met, I knew he was not an honest person. It’s an opinion never changed, even as we became what some would call friends. There was something about him that inspired me; here was a person who came to America in the early ‘90s when he was twenty, abandoning Russia in spite of its imminent overhaul. And by the way he tells his story, you can tell Luzhin wasn’t discouraged by the abrupt, life-altering move. After all, living in Russia, as Luzhin explained it to me, was like living in a hedge maze, only without the exits. You run round and round, following every promise for change, for hope, always looking not necessarily for a way out, but just an opening. A way to something better.

After a year of living as an expatriate in Brighton Beach, Luzhin landed here in Chicago, in Ukrainian Village and was immediately taken under the wings of the older men in the community, Eastern European and Russian ex-pats. In Luzhin they saw what everyone saw in the burly Russian-possibilities. But mainly, their minds had Luzhin pegged as another fresh slab of Communist meat who didn’t speak the language and could be easily exploited. They made Luzhin a boxer, even though he hated violence. Which, incidentally, made him perfect for what he was asked to do: take dives. Here was this pick-up truck of a man with squared off shoulders and a block head who, through the workings of his counterparts, had a reputation for decimating other boxers back in Russia, where he was undefeated champion of the butcher’s market circuit. Luzhin was no fighter, but because of his training, which was purely on how to intimidate and sell his ferocity, he had the ability to shrink a man’s ego with a single glance. He took dives across the city for a year and half straight, sometimes being forced to undergo as many as ten rounds of orchestrated pugilism-lefts, uppercuts, and jabs, absorbing the pain in stride, knowing that the beatings were temporary. Because all the while in his bare, unheated studio apartment, on his own and with help from people in his neighborhood, Luzhin was learning the language, Luzhin was absorbing, Luzhin was understanding the operations behind everything, and everyone.

Once the betting world caught on to Luzhin’s strategy-even though he won a fight here and there, rigged in his favor to give him a semblance of legitimacy-his boxing career was over. But he was rewarded for his services, his character, his desire, and his loyalty to those who made a considerable amount on his year of ass beating.

There was pool hall off of Augusta that Luzhin was given to manage. It was a rough place, a melting pot of lowlifes from an array of nationalities-Russian, Polish, Ukrainian, German, sometimes even Hispanic-that clashed on a nightly basis. Luzhin was given a set of keys and free reign of power. It only took a short while for Luzhin’s ambition to create a vision of what the pool hall could be. After a few months, Luzhin hired bouncers-immigrant Russians fresh to the country like Luzhin was two years previous-who could do more than intimidate, which was all he was good for. With their help the problem starters, the drunk brawlers and the shady bookies were all cleaned out, then the dealers, then finally the drugs themselves. Better lighting was installed, and Luzhin hired an a.m. cleaning crew, more Eastern European immigrants. There was a pride Luzhin took in taking immigrants under his wing and molding them into his definition of Americans. Within two years time, there were televisions and a satellite dish-all fallen off a back of a truck-installed by friends of friends. Sports ran all day, and bets were always open, most of which were taken by Luzhin himself. A backroom, once used to store unorganized records and supplies was converted into an office. From here Luzhin kept and stowed accounts of everything that went on in the pool hall, the neighborhood, even the city. He assimilated details into his wealth of knowledge that gave him an unparalleled understanding of how things worked. People began to know Luzhin’s name and respect the Russian who came to this city with nothing and scraped his way up from punching bag to shrewd money maker who had two straightened fingers on the pulse of the entire neighborhood. Who, upon walking into the pool hall, commanded the pause of everyone there. But don’t be mistaken, Luzhin was not a member of any sort of Russian Mafia; he was much too free wheeling to follow someone else’s plans. There were ties, but no direct membership. After five years, Luzhin bought the pool hall from those associates for whom he got knocked to a pulp every third Friday or so. The purchase was a simple business transaction by that point, the memory of Luzhin as the taciturn grunt long forgotten.

Luzhin had a myriad of other endeavors in between, some pyramid schemes he ran, a venture into the meat business (purchasing and selling off entire cows), buying up other people’s debts, and some infomercial investing which I still don’t quite understand to this day. When I met him, he still owned the hall, but he was the one orchestrating dives, manipulating the way things were going to be. No, Luzhin was not by any means an honest person, and I knew this. But I followed him nonetheless.